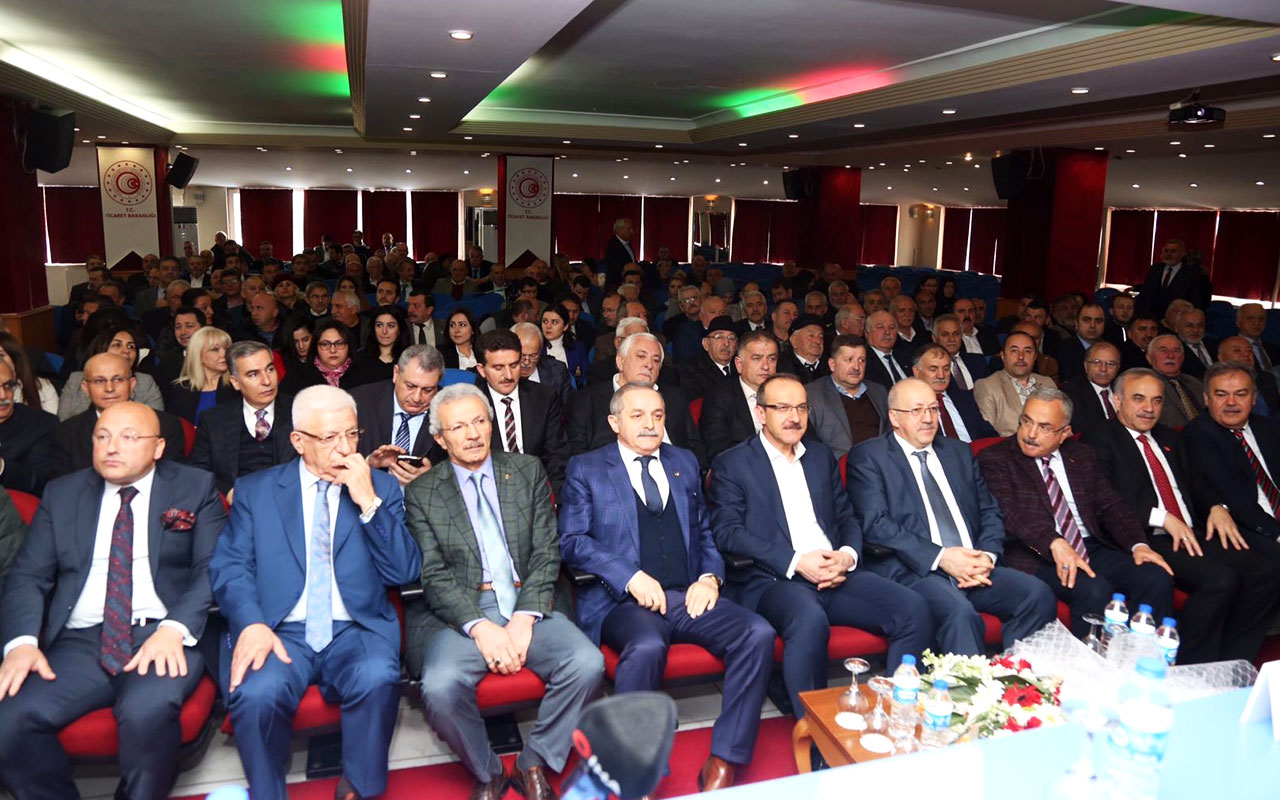 We Hosted Our Deputy Minister of Trade Mr. Sezai Uçarmak

We Hosted Our Deputy Minister of Trade Mr. Sezai Uçarmak

Sezai Uçarmak, Deputy Minister of Commerce and our countryman, together with the bureaucrats at the ministry, held an event the “Tradesmen-Merchant Meeting” in ORDU. In his speech at the event held on March 26, 2019, our Chairman of the Board said:

“I respectfully greet you on behalf of my institution, my council members, our members. Welcome to Ordu, where we invest, produce and provide employment.

Sir, it is very important and valuable for us to host you here and to have the opportunity to have a one-on-one exchange of views on hometown issues. Ordu is a “Hazelnut” city in terms of basic production, trade and industrial pattern, my dear minister. As you know, hazelnut is the flagship of agricultural production, which brings the highest export income among agricultural products and in this respect, in terms of its contribution to the national economy.

I can openly argue that; We all have the contribution and right of hazelnut in our crops and bread. For these reasons, this fact should not be ignored in macroeconomic applications in this region. We deal with many problems in the hazelnut sector from production to marketing, from export to structural issues. Despite its problems and changing competitive conditions, we will continue to produce, create added value, sell and employ.

Ordu is a center of attraction with the potential it carries and the infrastructure investments it has received recently. The Mediterranean-Black Sea Road, the Airport and the Ring Road, the first phase of which was put into service, added value to our city. Especially the Mediterranean-Black Sea road will require a large port to be built in Ordu. Likewise, there is an enormous market just like Russia.

We want projects for employment based on production. Development in macroeconomic terms is possible only by maximizing total welfare. Solving the employment problem means increasing the welfare level. In this context, I would like to emphasize the “Employment Mobilization”, which was initiated with the directives and sensibilities of our President Recep Tayyip Erdoğan. There are jobs and love for all of us in the rich lands of this paradise motherland.

Economies are like living bodies. There will be periods in which he feels good or bad, healthy or sick. Fluctuations in the economic markets are extremely normal; it is necessary to ignore or allow someone to write disaster scenarios. There is only one thing to do in crisis situations; produce and save. As we say at every opportunity, “Our politics is the economy” valuable participants. We continue to produce with this awareness, responsibility and duty belief, create employment and contribute to the development story of our country.

My dear minister and our bureaucrats once again express our satisfaction for hosting you in our city, and I offer my deepest respect to all of you. ”